Life moves pretty fast. If you don’t stop and look around once in a while, you could miss it!

Life moves pretty fast. If you don’t stop and look around once in a while, you could miss it!

As Ferris Beuler said in the 1986 John Hughes film, “Life moves pretty fast. If you don’t stop and look around once in a while, you could miss it!”

The same is true of cryptocurrencies, if you don’t take time to look around at coins other than Bitcoin you could miss it! Such is the case with Ripple. XRP (symbol for Ripple coins) had been around since 2012, but given the 38.7 billion outstanding coins, it seemed like it would take a extraordinary set of circumstances to budge the cryptocurrency.

Flash forward to late 2017, when cryptos broke into mainstream, as Bitcoin’s surge captivated traders and investors around the world.

I’m sure Ferris would agree that a picture is worth a thousand words. But even the man that impersonated the “Sausage King of Chicago” couldn’t have imagined the move Ripple would make in the past month.

The cryptocurrency world is full of similar success stories. If you’re an experienced investor/trader you know that’s the sizzle that sells the steak, but it should serve as and example of the potential in this space. As we push into the second week of 2018 I’m sure there will be other winners and of course, losers. So just as we emphasize in our trading of stocks, options and futures, you must discipline yourself to take profits and cut losses. It may seem that cryptos bend the rules of investing, but one constant is that pigs get fat and hogs get slaughtered.

**Important note, I am not recommending any cryptocurrency with this post. I as of this writing own Bitcoin and Ethereum and have no Ripple holdings. 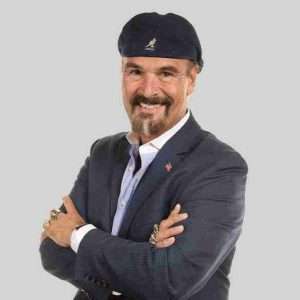