Why FMA3 Matters more than FANG to the $NDX

Why FMA3 Matters more than FANG to the $NDX

The term FANG is an acronym for Facebook, Apple, Netflix, and Google.

FMA3 is a similar term but it encompasses almost 40% of the weight of the NDX. Similarly, the acronym ‘FMA3’ is comprised of Facebook, Microsoft, Apple, Amazon and Alphabet.

So why should you care about FMA3 and the NDX?

The NDX has led the entire market higher, so if these 5 stocks can’t hold their own support levels then we will most likely see more corrections in the market.

Let’s take a quick look at the charts to check the levels.

Here is the NDX which made highs at the end of July and has made 2 more attempts to make new highs but has failed. 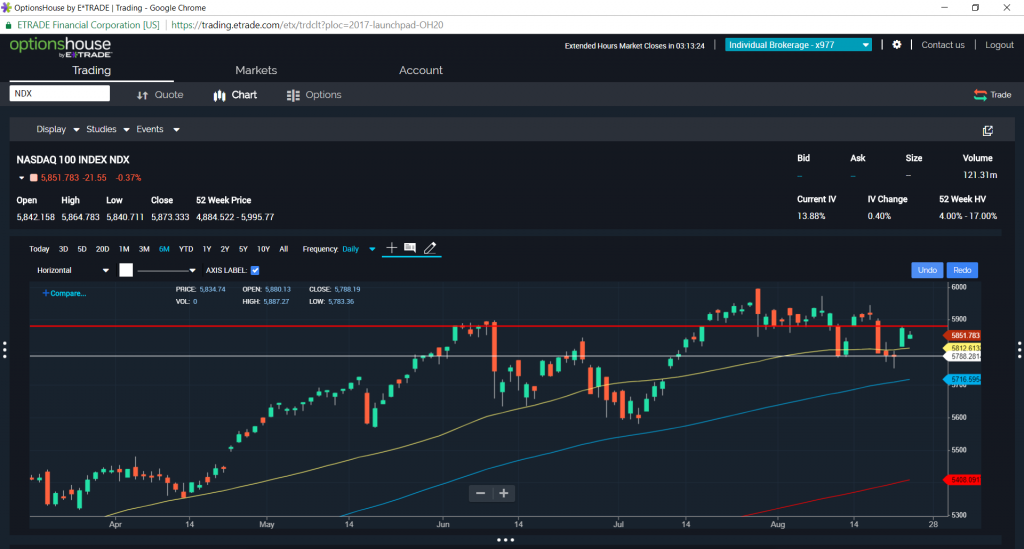 Apple has made a recent high but also retested a support area and held.  It is now in a trading range, but if it can’t hold the support area then there is a nice gap to fill.  As of 8-23 the weight was 12.4%. 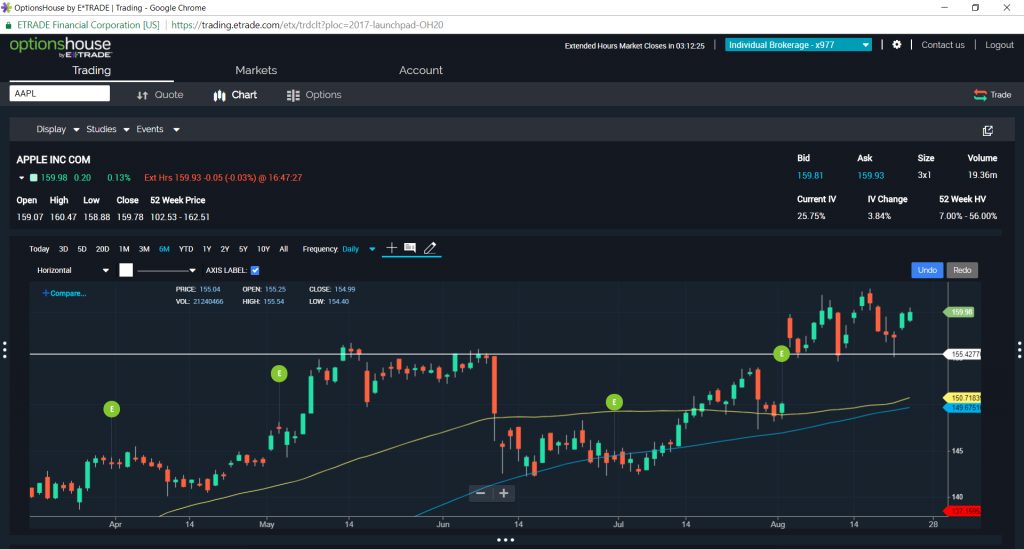 Microsoft made a similar high to the NDX back in July and tried to retest those highs last week but failed as the market turned over.  It did hold support by almost touching its 50 day simple moving average. 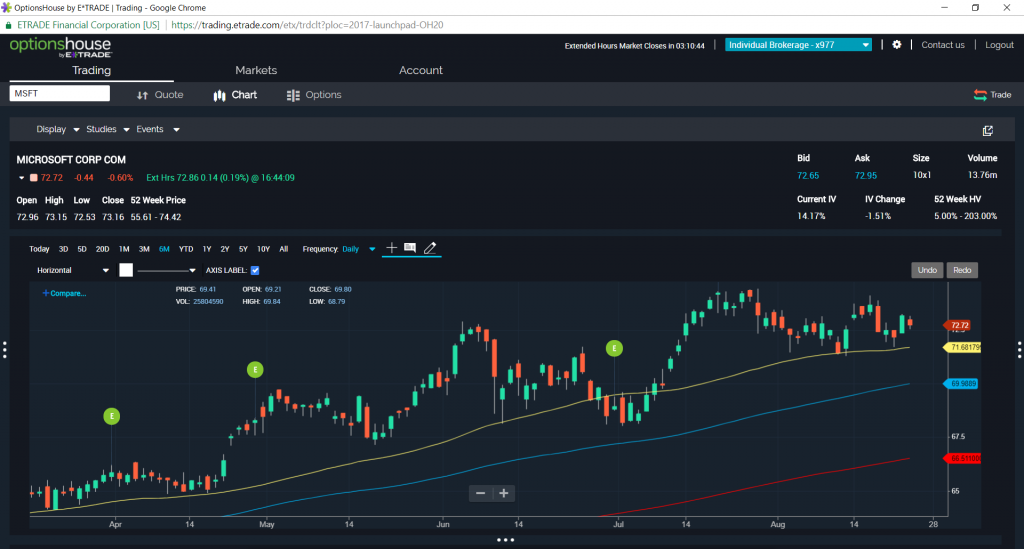 Amazon was hit with high expenses decreasing their profit margins.  AMZN has been a leader and many believe they will dominate any industry they go into.  Poor guidance has led to a pull back from its highs in July (same as NDX).  Sitting on support makes this a critical stock to watch with a weight of 6.9%.  If this starts to break support levels and a new down trend takes hold then it will bring the market down with it. 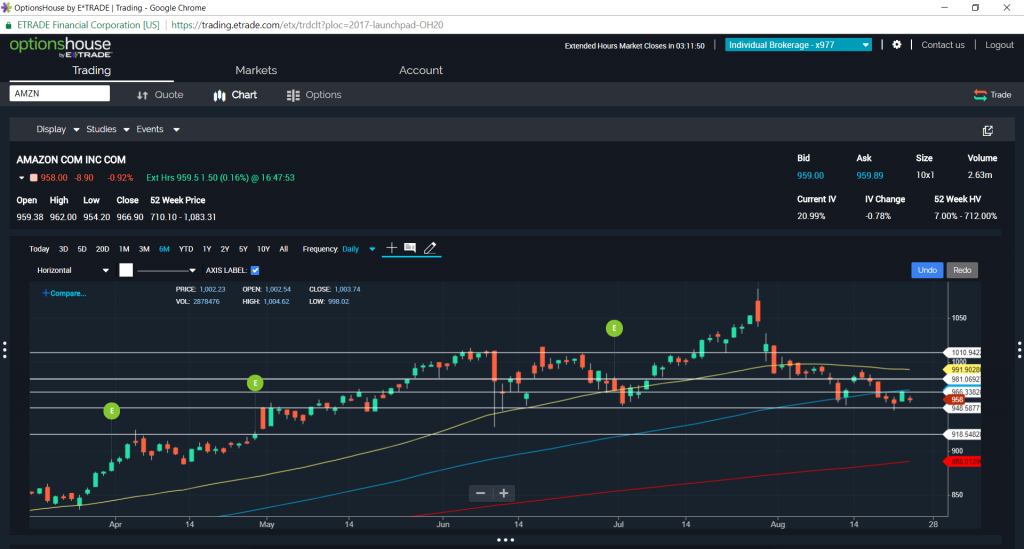 FB has similar highs to NDX and the trading range is getting tighter in this descending triangle.  A break in either direction could cause the NDX to follow along with a weight of 5.9%. 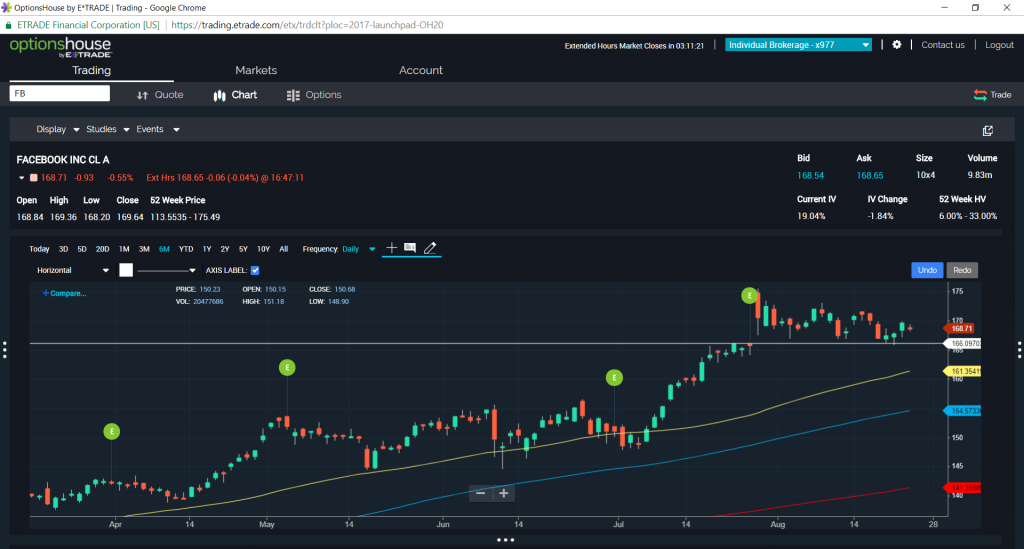 Most traders have these on the screen to look at, but hopefully this sheds some light as to how much weight they actually carry when talking about the NDX.  If these stocks can’t hold their support levels then we see the potential for the market to fall through support as well.  Coming off all time highs means that there is room to fall but also means that there should be support levels that we will trade down to!  Be aware of these levels as key trading levels for entry/exits.