Good morning Rebels! Stock futures have turned mildly red on the back of Netflix’s stellar earnings… miss? Despite the market’s indecision this morning, Fundstrat CMT Mark Newton is getting bullish once again.

The Fundstrat technician who was bearish at the beginning of the year took to CNBC on Tuesday afternoon to give his thoughts about why this week’s rally has him turning bullish once again. 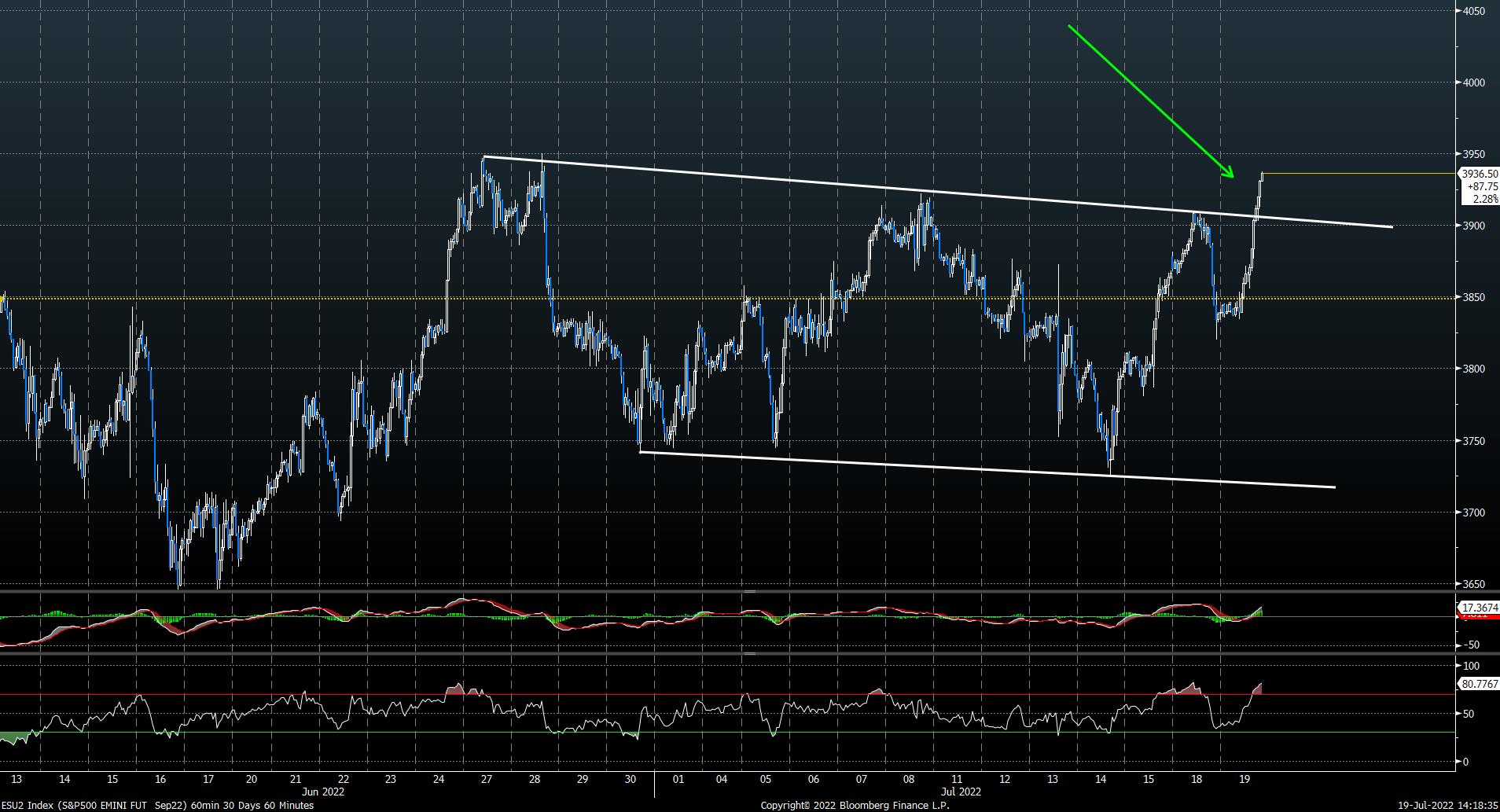 In short: Newton believes this is a breakout.

The S&P 500 has been trending lower essentially all 2022, however as of Tuesday, it has broken out of its most recent downtrend. Not only that, Tuesday marks the first day in over two months that the S&P closed above its 50 day moving average. These two events occurring simultaneously have led CMT Mark Newton to get cautiously bullish, telling CNBC’s Scott Wapner,

“There’s a lot of uncertainty as to whether stocks need to make one final low or not and I think today’s move makes me a little less certain that that needs to happen.”

Macau has announced it will reopen casinos on Saturday in response to a drop in Covid-19 cases. Beaten down casino stocks like Las Vegas Sands (LVS, +1.41%), Wynn Resorts (WYNN, +1.56%), MGM Resorts (MGM, +0.92%) and more are trading higher on the back of the news.

Billionaire Tesla CEO Elon Musk would nothing more than to wash his hands of the $44 billion dollar acquisition deal he made with Twitter — but the social media company isn’t having it.

Last week, Twitter filed a suit against Musk in response to his attempt at terminating the deal. Twitter followed up with a motion: a request for an expedited 4-day trial in September. Musk and his legal team opposed — asking the judge for a trial that would take place “early next year”.

Team Musk was unsuccessful. On Tuesday, the judge ruled in favor of Twitter’s request for an expedited trial. The legal battle will be five days long and will take place in October.

Shares of Marathon Digital absolutely rocketed higher on Tuesday, and one trader caught the momentum perfectly. At noon, they spent more than $670K on 14,000 short term OTM call options in the crypto name with the stock trading at $11.53. By Tuesday’s close, MARA was trading at $12.90 — and it didn’t stop there. The stock ran is up yet another 3% this morning.