Moving Average Crossover: Use THIS Strategy to Day Trade

Moving Average Crossover: Use THIS Strategy to Day Trade

Start trading the technicals, with Rebel Weekly. Ride the waves of market momentum with two actionable trade ideas designed to capture technical breakouts and breakdowns — delivered to your inbox every week.

Trading Crossovers in the 3 and 8-Day Moving Averages

It’s hard to beat the “buy-and-hold” S&P 500 strategy through day trading — but according to a recent backtest of the SPY ETF, trading moving average crossovers in the 3 and 8-day MA is a strategy that has managed to do just that. It works like this:

Start following the smart money, with Unusual Option Activity. Learn how you can follow institutional trades with a fresh UOA trade idea every week – including technical levels that tell you where to enter and exit!

During the two-hour analysis, the price of the SPY ETF moved from $418.54 to $410.63: a bearish move of -$7.91, or -1.89%. By following the trading signals in this moving average crossover strategy, a trader could have earned $11.03 per share, or +2.64%. And of course, through the leveraging power of short-duration options, a trader could have significantly amplified those theoretical gains.

Is Trading With a Technical Indicator Really Worth It?

No matter how many successful backtests are conducted on a particular technical indicator, there will never be a shortage of people casting doubt on the veracity of technical analysis. On Wall Street Bets, a popular meme refers to traders who rely on a technical indicator to craft their trades as “crayon-users”, with technical levels referred to as “magic lines”. 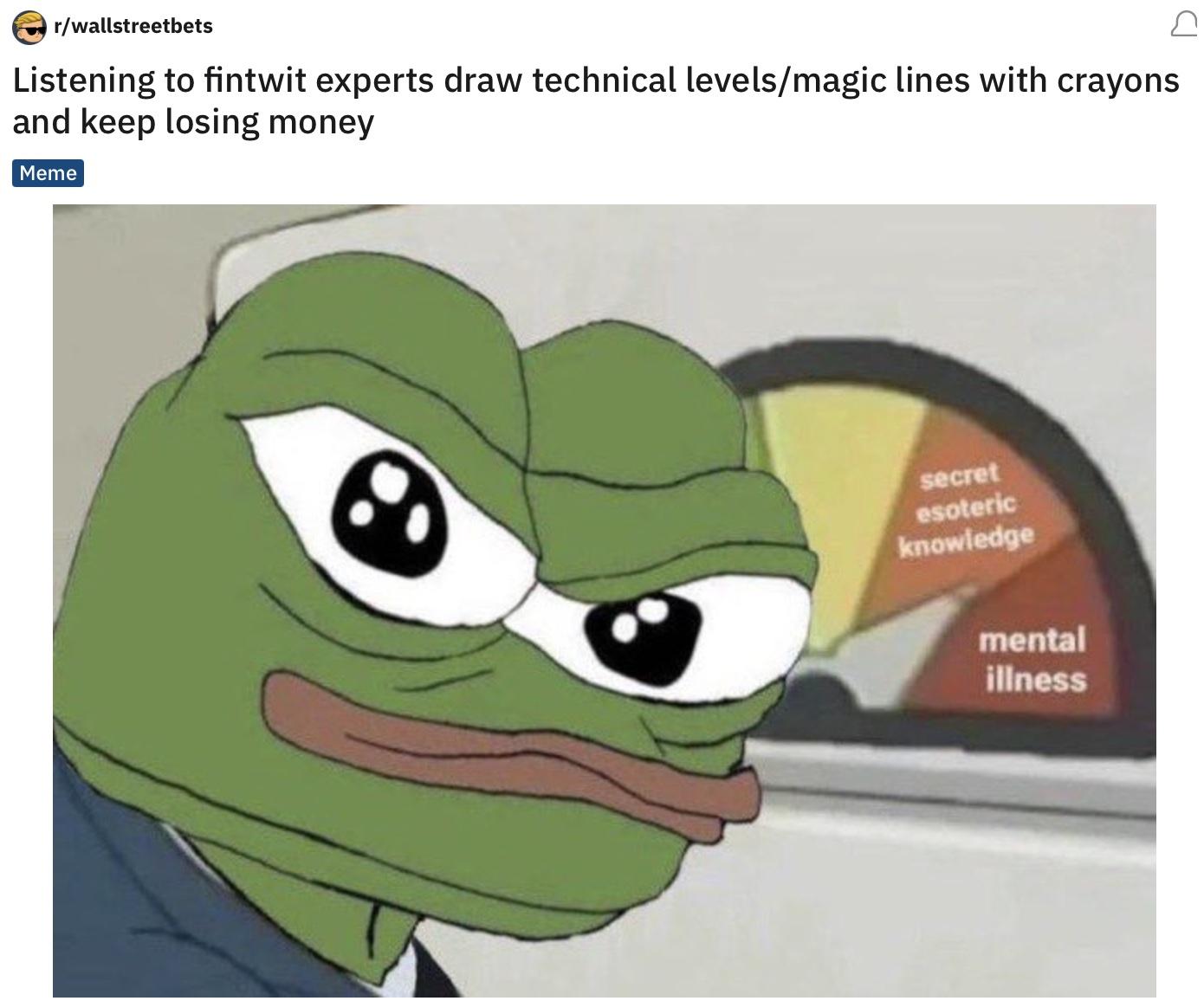 But traders should be careful about throwing technical analysis out the window. Whether you believe in the notion behind a particular technical indicator or not, there are plenty of traders who do — and their large trades can turn technical signals like these moving average crossovers into a self fulfilling prophecy.

Perhaps more important than the human traders who use technical analysis are the computer traders — the algorithms. Trading algorithms make up roughly 2/3’s of all (yes, all) trading volume. These AI-powered trading bots aren’t buying and selling based on “fundamental analysis” or “feelings”, these bots are by-and-large programmed to make lightning-fast trades based purely on technical analysis and trend direction. This further bolsters the point about technical analysis having a tendency to become a self fulfilling prophecy.

The Bottom Line: Whether you believe in the thesis behind a technical indicator like moving average crossovers or not, if you’re interested in day trading, it pays to pay attention.