Spotting gravestone doji patterns may sound like a complicated affair. But once you learn what they look like and how to read candlestick charts, you’ll be a pro at predicting bullish and bearish reversals in no time.

What is a Gravestone Doji Pattern?

Similar to the dragonfly doji, gravestone doji patterns are a basic single-candle formation in the world of technical analysis that foreshadow a potential reversal in trend. Before we can identify what these doji’s look like, and how to trade them, it’s first important to understand what a candlestick is, and how to read it.

How to Read a Candlestick Chart

Candlesticks tell you four key pieces of information over a set period of time: Where a stock opened, closed, its high and its low. 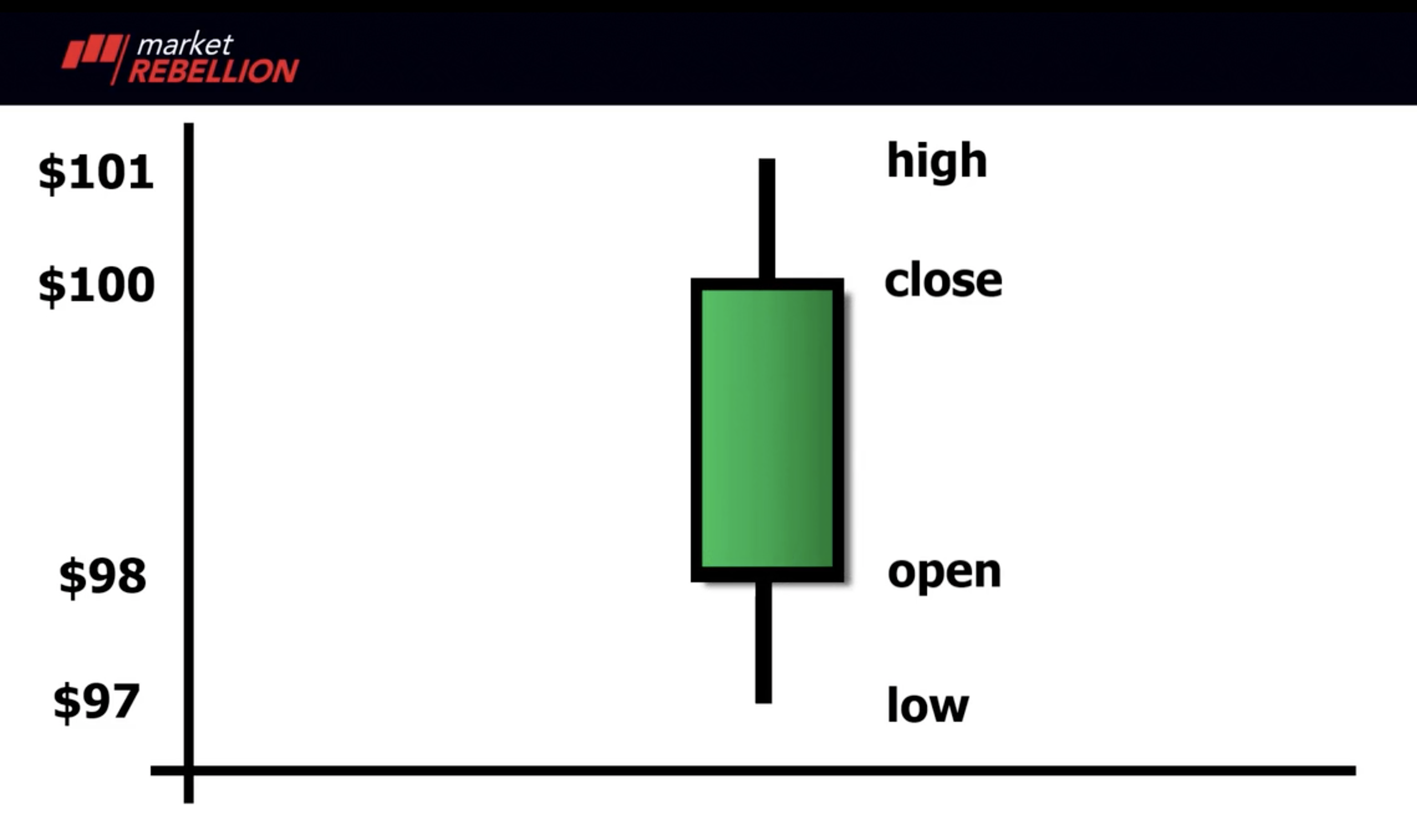 Candlesticks have two “parts” that convey this information: the “body” and the shadow (or the “wick”). The body is the space between the open and the close, while the shadows identify the highs and lows. 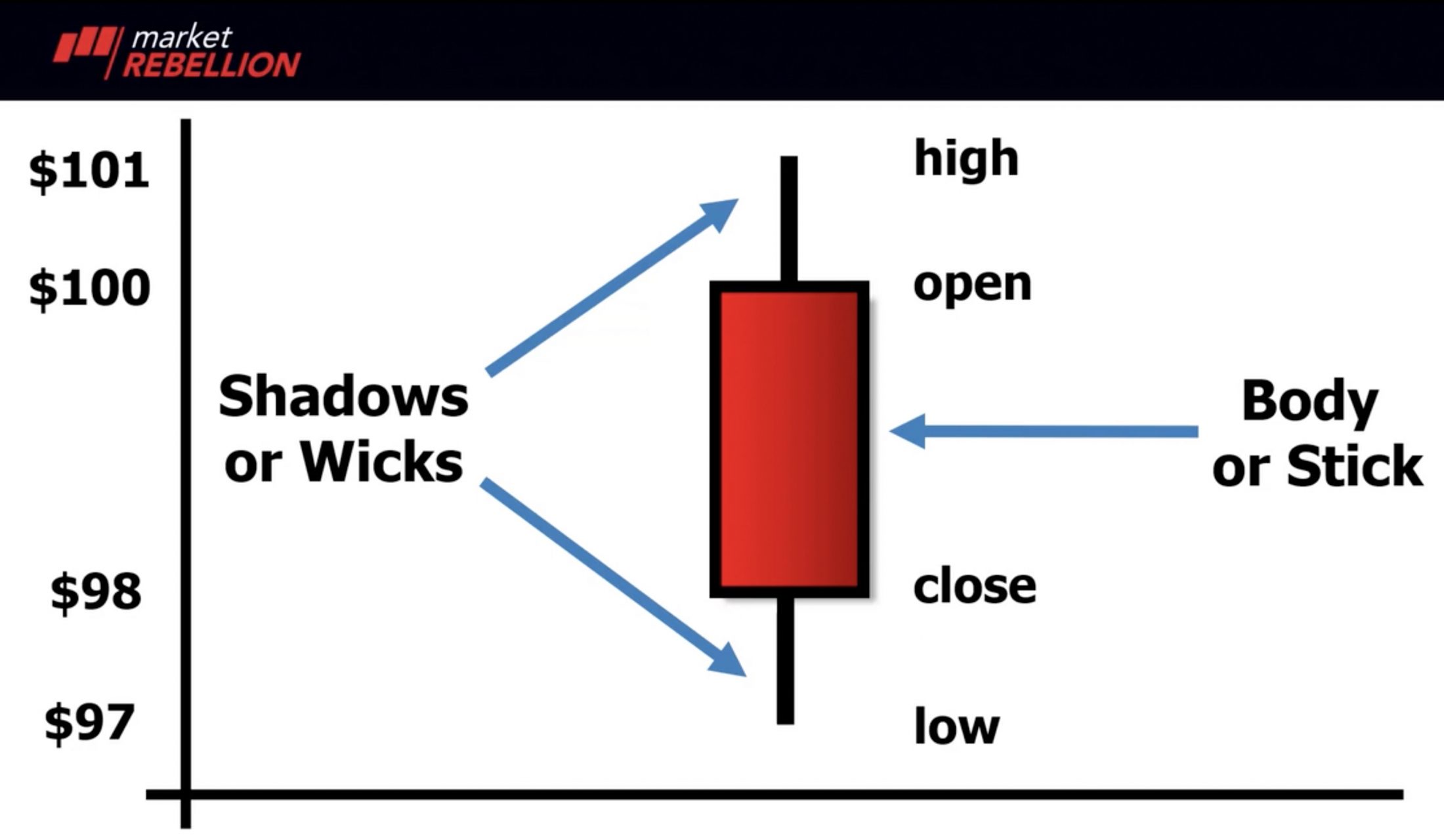 And that’s really all there is to it. It might take you some extra time at first, but after a little practice, reading candles like these will become second nature.

Now that you understand how to read candlestick charts, let’s get into the spooky sounding gravestone doji. (It’s not actually that spooky.)

How to Identify Gravestone Doji Candles

A gravestone doji is one of several single-candle patterns that signify investor indecision. Gravestone doji’s basically look like upside-down capital-T’s. Whether they’re green or red isn’t important, but what is important is that they occur at the end of a steady trend — whether that’s bullish or bearish. Why? Because they signify that the trend could soon come to an end. 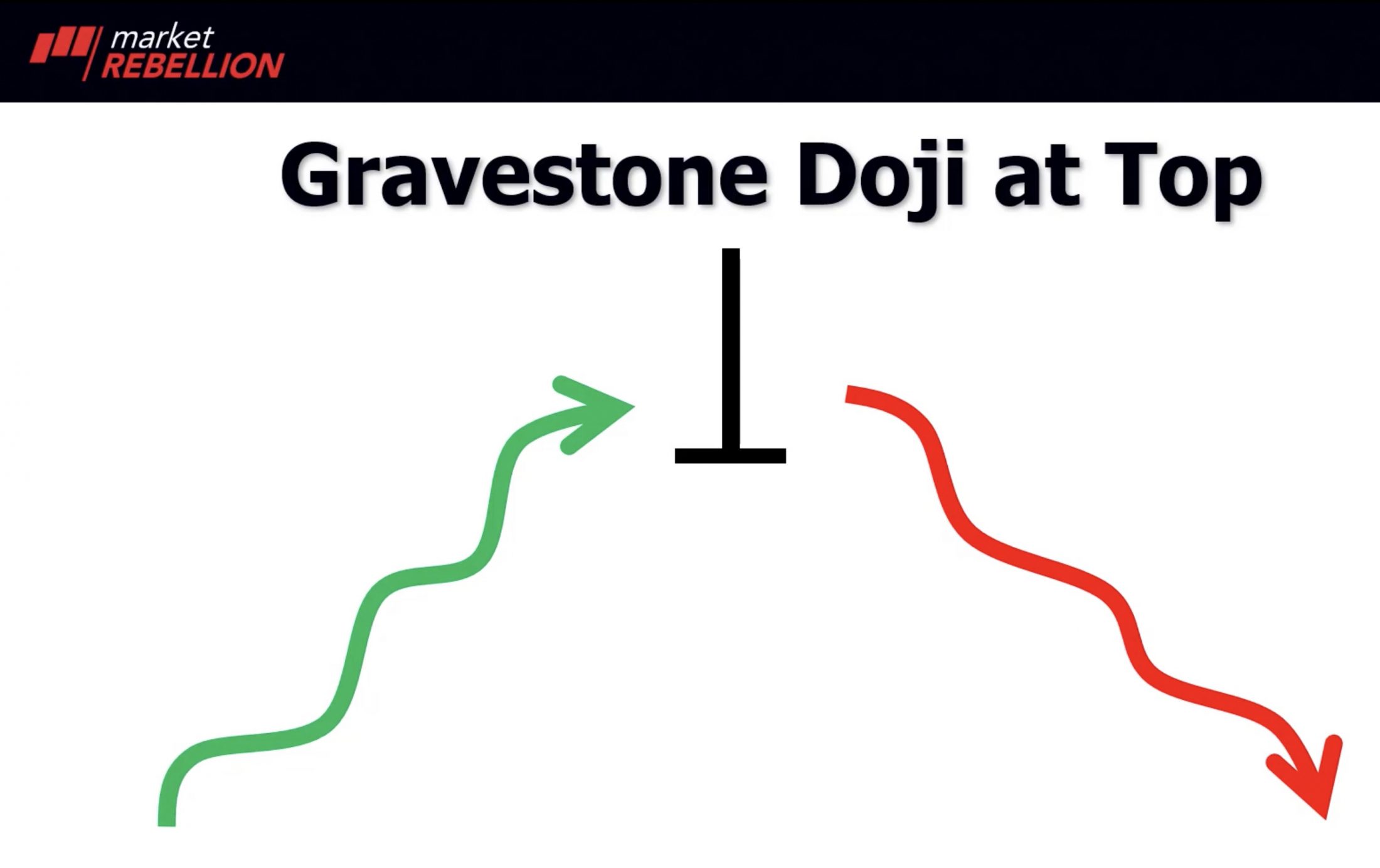 The gravestone doji in this example signifies a bearish reversal. 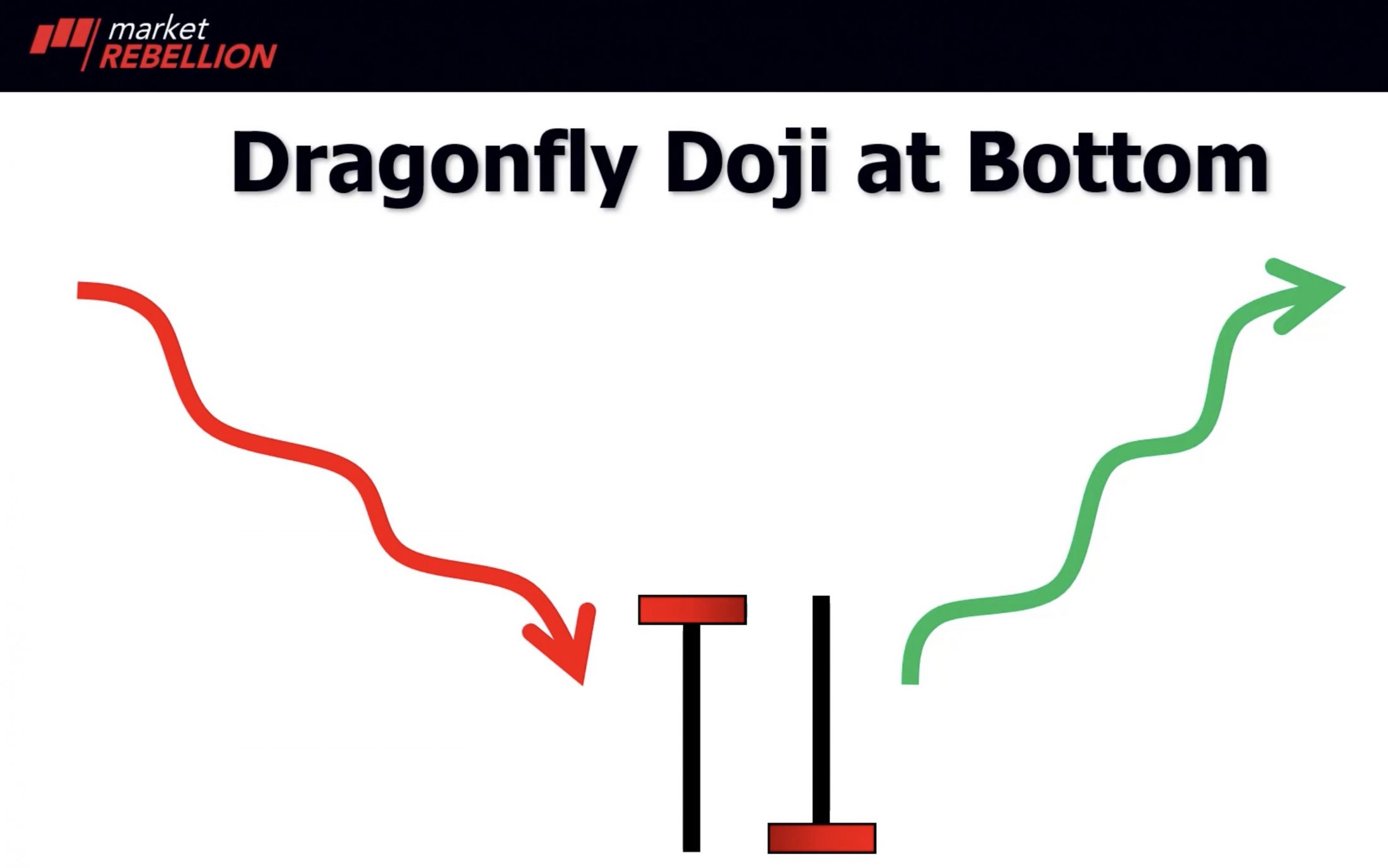 When these single-candle reversal patterns appear in clusters, the case for a reversal becomes even stronger. 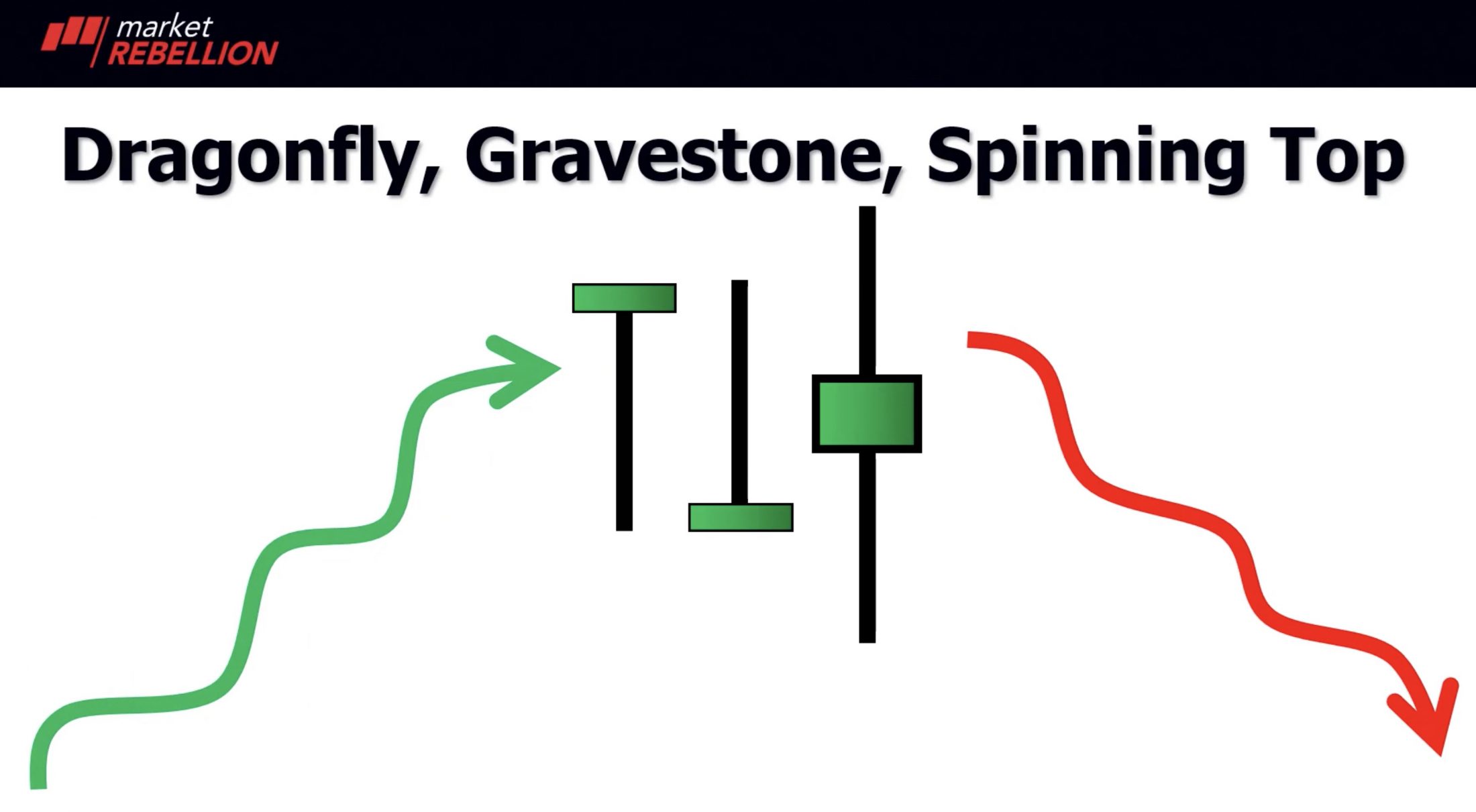 To further strengthen the case for a trend reversal, technical analysts and chart readers look for confirmation candles! An example of that would be a doji directly following a downtrend, followed by a confident green candle. 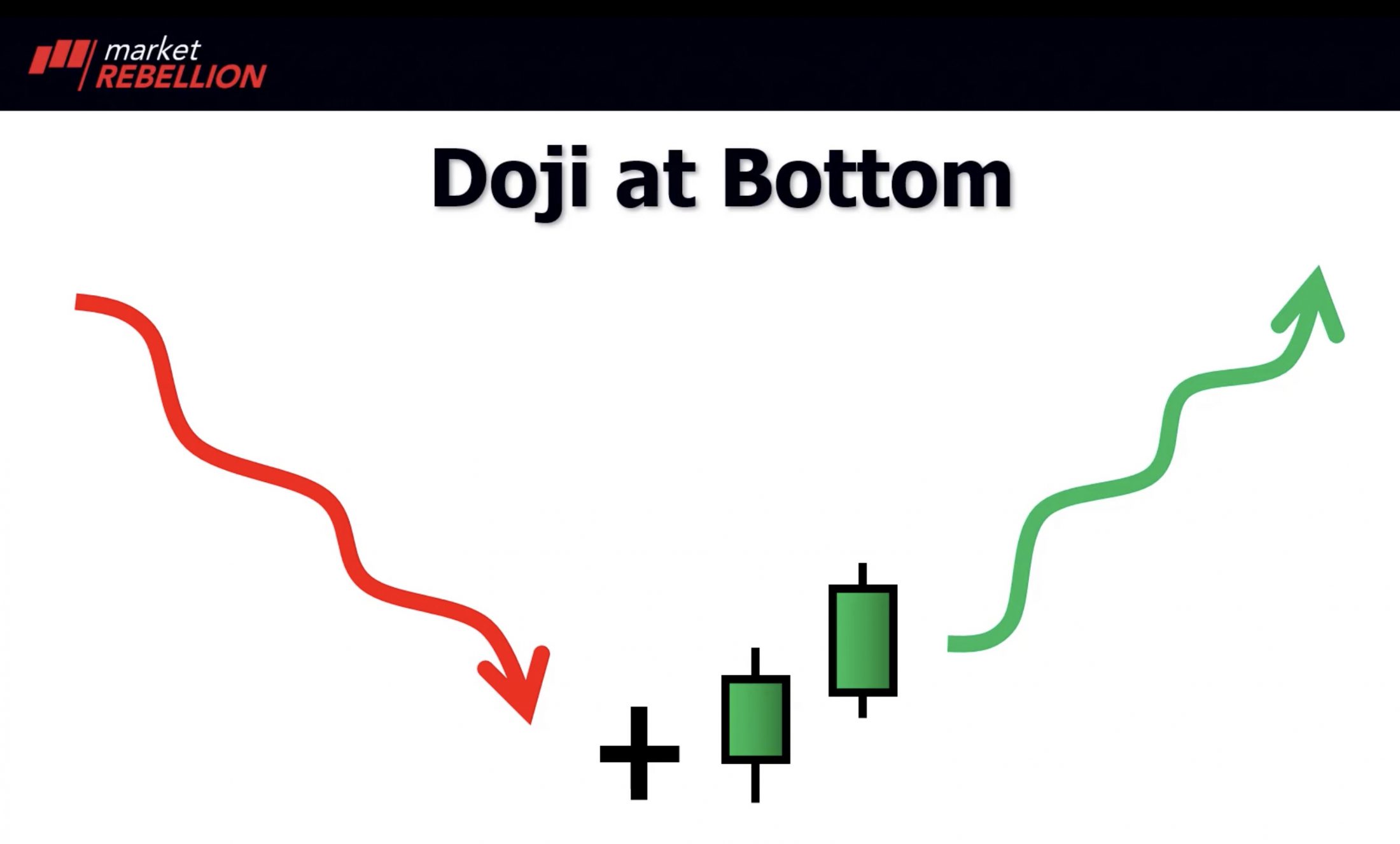 In this case, the doji and confirmation candles here signify a bullish reversal.

Ready to start trading? Try Unusual Option Activity Essential. Learn how you can follow the “smart money” with a fresh UOA trade idea each week – including technical levels so that you know where to enter and exit.

How to Trade Gravestone Doji Patterns

At the top of this article, reading candlesticks and using them to identify chart patterns may have been a completely foreign concept. But now, you’re probably starting to realize it’s actually pretty simple! And it’s time to put your training into practice.

“Easy to learn, difficult to master”

First, a disclaimer: Gravestone Doji patterns aren’t a guarantee of a trend reversal. Technical analysis isn’t an exact science. But it’s a critical tool that every trader should utilize. And these single-candle patterns are only the tip of the charting iceberg!

People can spend years learning the art of the chart, and there are even multi-level licenses dedicated to helping analysts prove that they know their stuff! (Market Rebellion has a few licensed Chartered Market Technicians within its ranks!)

Still, don’t let this scare you away. You don’t have to become a CMT to be able to trade these patterns. Though nothing is promised, these doji reversal patterns can be used to:

Especially when combined with multiple reversal patterns and confirmation candles, these doji’s can be used to help traders pick the best entries and exits to their long and short positions.

Now, all you have to do is get out there, change your chart from line-format to candlestick, and start honing your technical analysis skills!