To Infinity & BBBY ‘ond — Meme Stocks are Back, & WSB is YOLOing In

To Infinity & BBBY ‘ond — Meme Stocks are Back, & WSB is YOLOing In 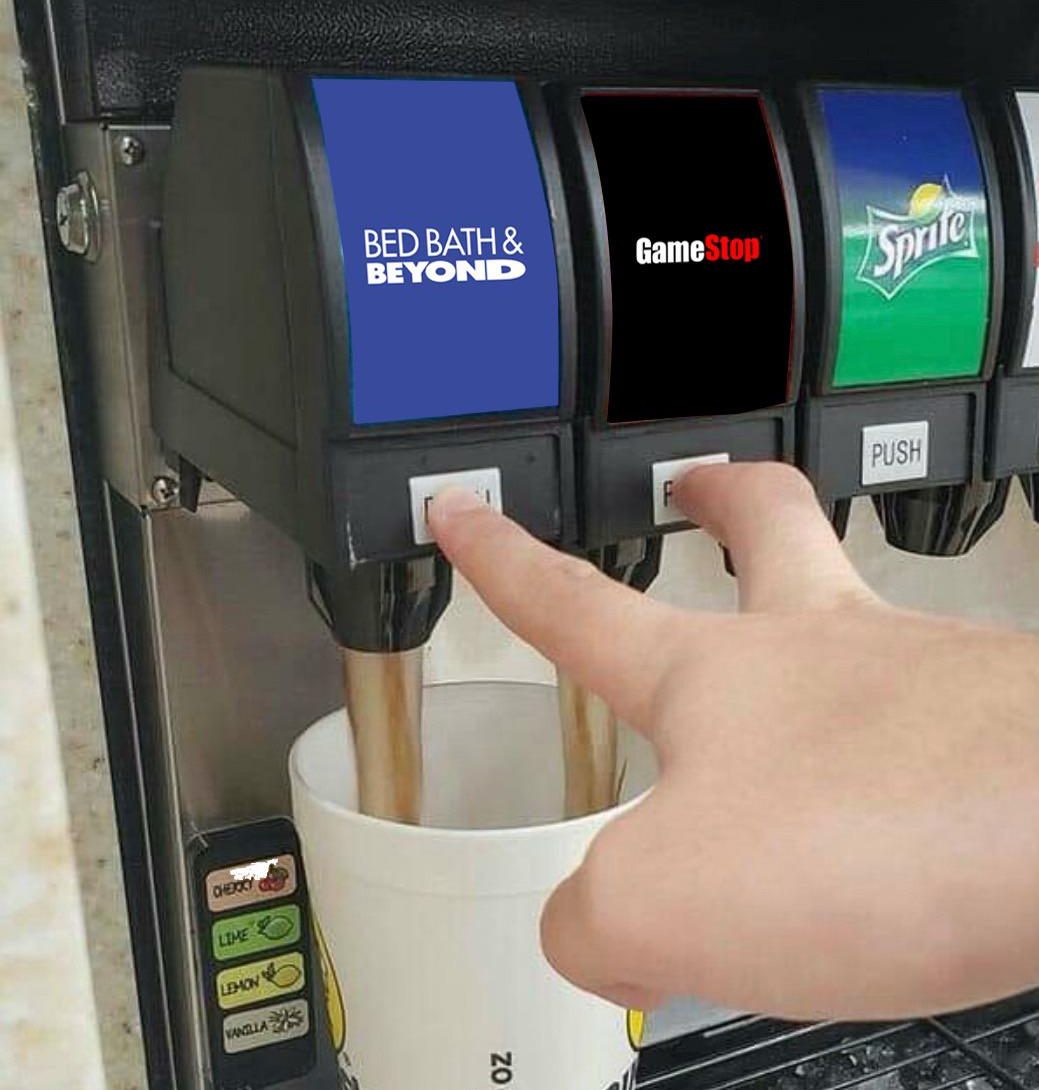 Is it Monday? Or is it memeday? Source: r/wallstreetbets

Today a number of stocks with high short-interest surged, including the big-three meme stocks: Gamestop (GME), AMC (AMC), and Bed Bath & Beyond (BBBY) — but this isn’t relegated to just today. All throughout August the pot has been boiling for these three wallstreetbets favorites’. Let’s take at how their moves stack up with one another below.

Comparing The August Moves of GME, AMC, and BBBY 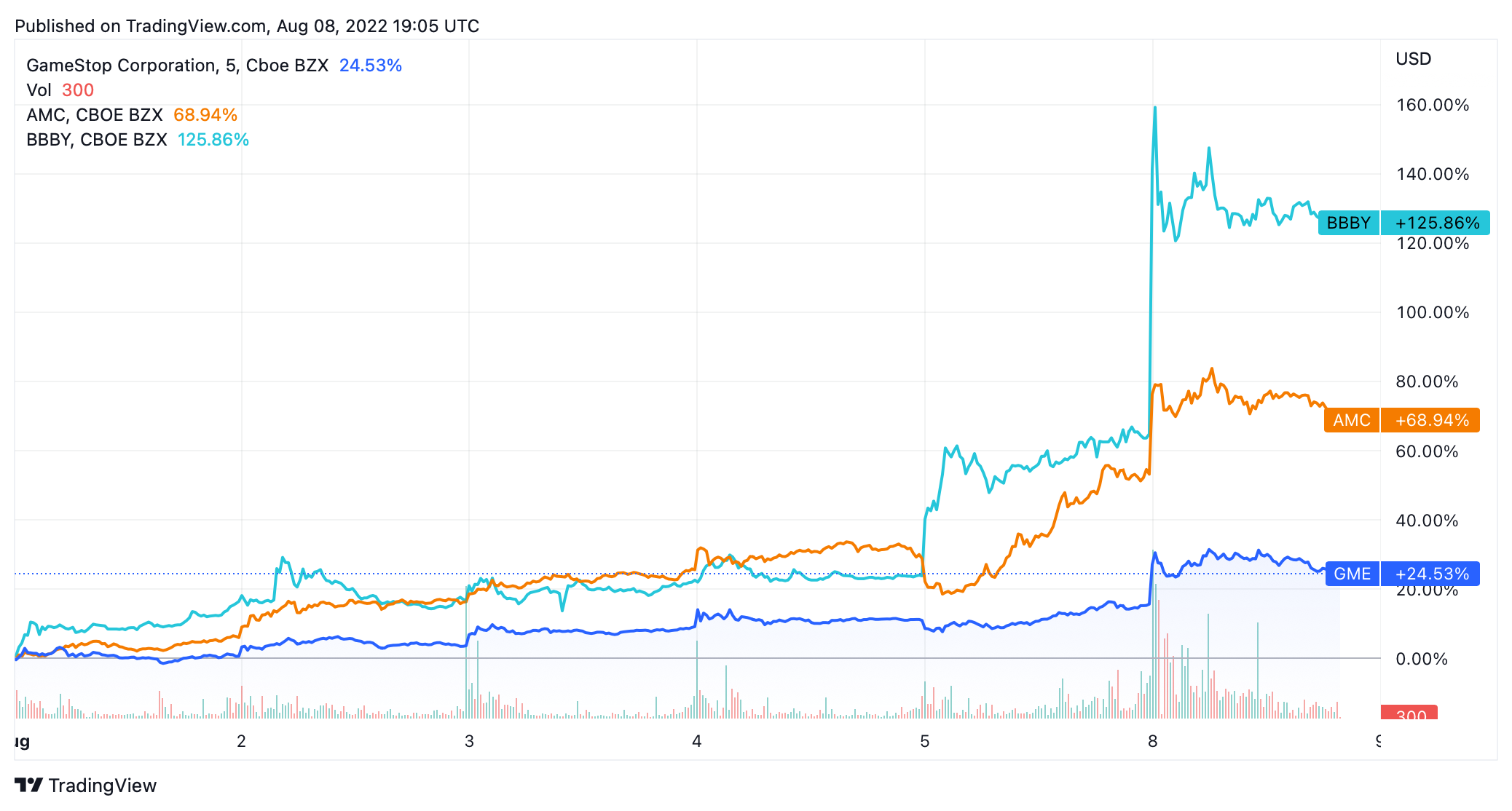 Realistically, other than high short interest, there isn’t really a catalyst for any of this. There usually isn’t.

But none of these three things are really catalysts for a stock to have double (or in BBBY’s case — triple) digit gains over the course of eight days.

Nonetheless, it happened, and a few option traders are having a really great day. We’re talking about Wall Street Bets here, so we would be remiss not to mention some of the biggest YOLO bets surrounding the most recent episode of meme-mania.

A “Business” Loan. You Know, for BBBY’isiness.

Let’s start with this user, who took out a $27,000 “business” loan (he even provided proof of the loan) and went all in on shares of BBBY. 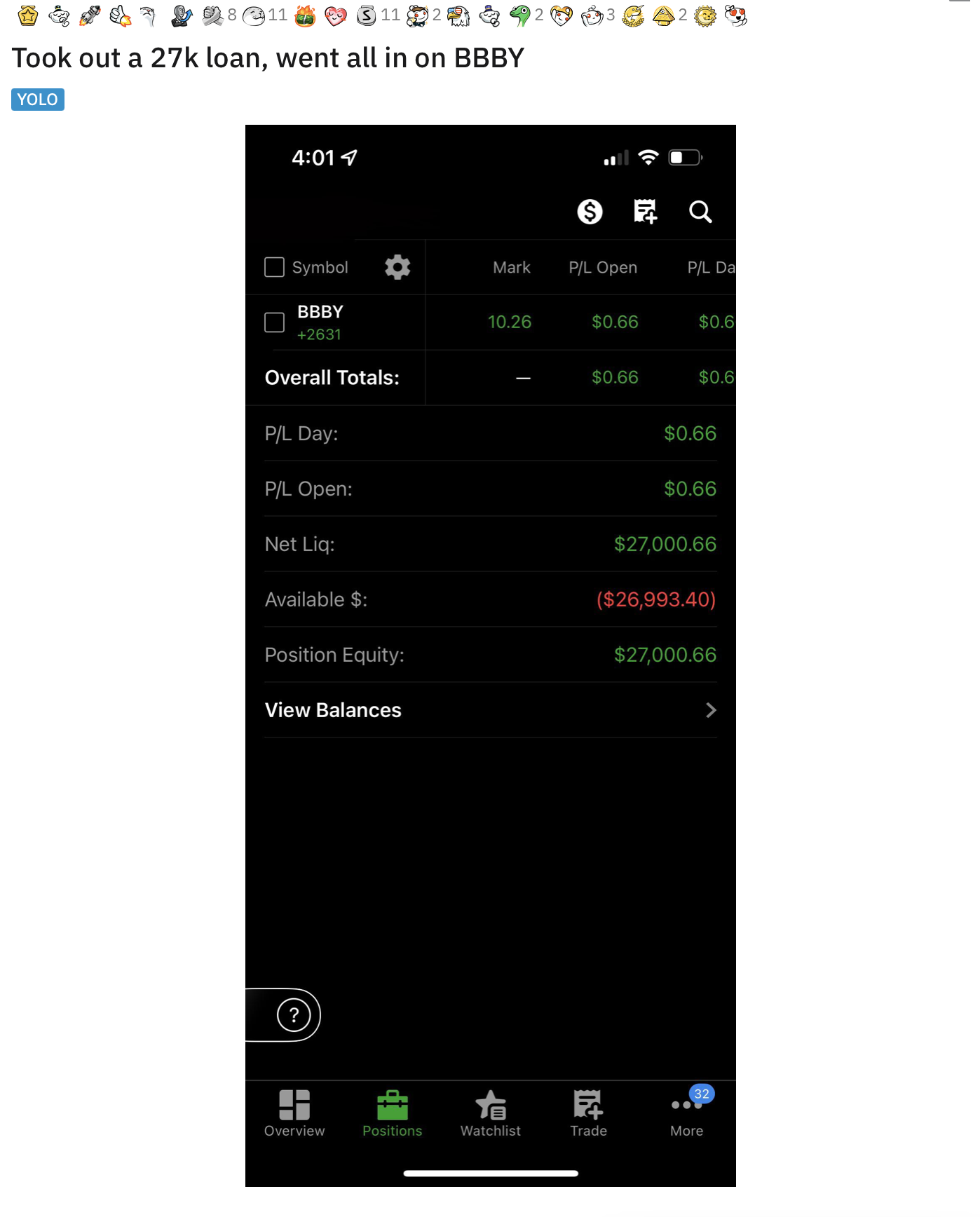 This user purchased 500 OTM $8 strike calls on BBBY last week — held through the weekend despite being up 452%, and woke up a quarter-millionaire. 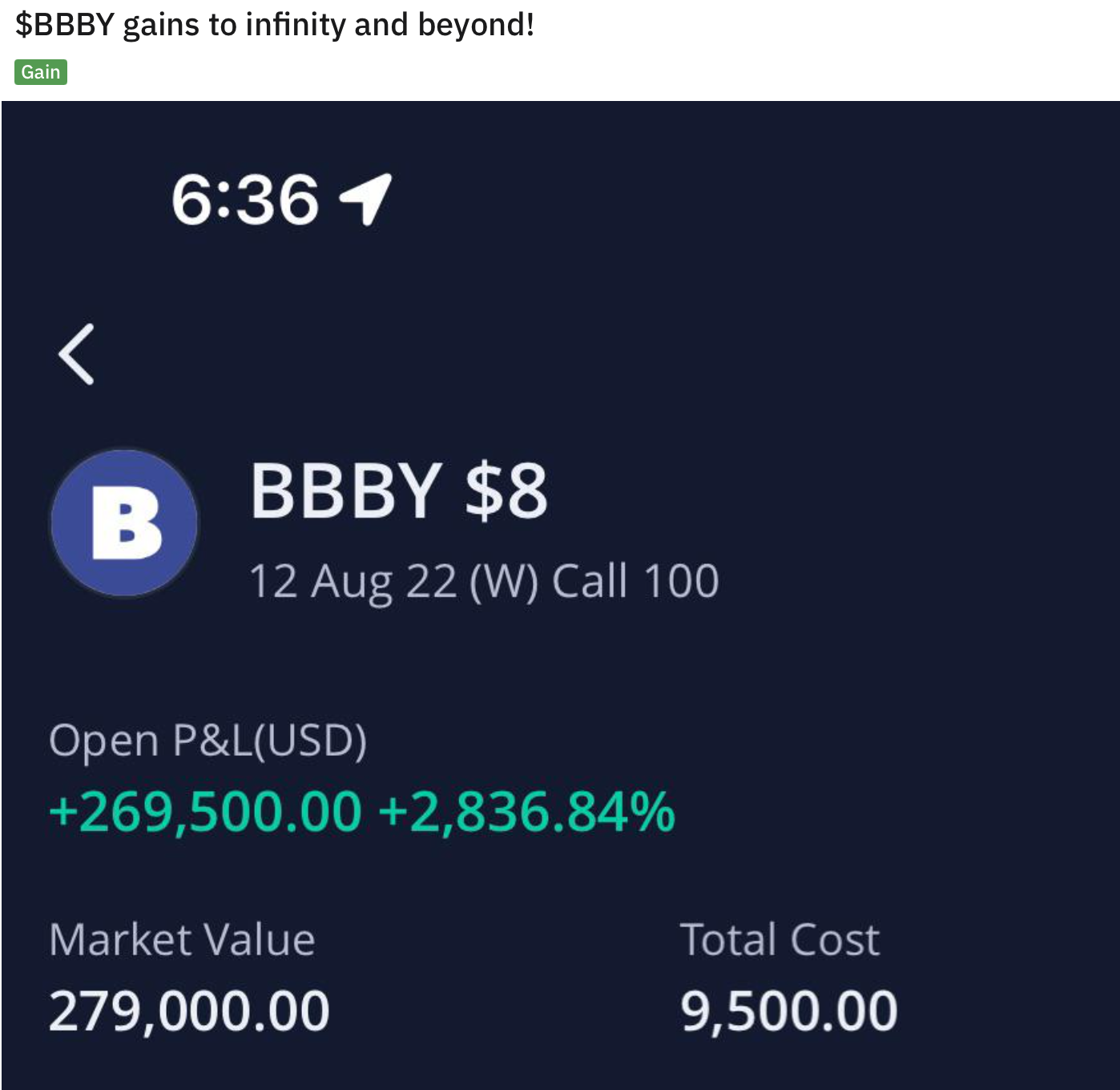 Let’s be clear: This isn’t an advertisement to make dangerous trades. This is a representation of how powerful options can be. The trader above, for example, accessed the leverage of 50,000 shares for just $9,500. That was a risky bet for sure, but absolutely less risky than actually buying 50,000 shares (which at the time of writing would cost nearly $550,000).

In either case, that’s a risky maneuver, but who are we to judge? This man or woman just changed their life over the course of a single week. And they aren’t alone. Wallstreetbets are full of traders who grabbed onto the bottom of this rocketship last week, and woke up today to a changed life. That’s what’s so incredible about the stock market, and options in particular — one slam-dunk prediction can literally alter the course of your life, forever.

That’s why the stock market is the single greatest tool for creating generational wealth in our time. And no one knows that more than the traders who cashed in on Monday’s meme-mania.