Ride with the Rebels Newsletter: 9/8

Ride with the Rebels Newsletter: 9/8

It’s a good time to Ride with the Rebels! After going 2-0 last weekend, we’ve got a full slate of NFL games to bet on.

Jon & Pete Najarian talked Week 1 on today’s episode of Rebel’s Edge, and here’s how we’re positioning our bets ahead of kickoff.

We’ve said this about four times, but today we mean it- football is BACK. The NFL makes its glorious return tonight and we’re double-dipping into the action for both of this week’s picks.

The Buffalo Bills head to LA to face the reigning Super Bowl champ Rams for a potential preview of this season’s Super Bowl.

While we believe Buffalo will ultimately win this game, we’re going a different route and putting our money on a touchdown scorer- Stefon Diggs.

Diggs is a +130 to score at any point tonight and we love that line. He’s Buffalo’s top receiver and can create separation at the perfect moment during plays.

If starting QB Josh Allen can continue to play at an elite level, Diggs should find the endzone at least once tonight.

With the opening game behind us, let’s get into the action for Sunday.

There are a few matchups in Week 1 that should be blowouts, so we’re parlaying three teams for positive money.

We’ll be taking the Indianapolis Colts, Baltimore Ravens and Philadelphia Eagles at +162 odds. The first couple weeks of each new NFL season are always a little unpredictable, but these three teams are about as safe as you can get.

The Colts play the Houston Texans, who shouldn’t be as bad as last year… but are still bad. Jonathan Taylor will run all over their defense and Matt Ryan should provide enough offense through the air to spread the defense out.

Baltimore is facing the New York Jets, who will be playing Joe Flacco as starting QB. Blowout confirmed.

Our last leg, the Eagles, will take on the Detroit Lions. ‘Hard Knocks’ got everyone excited about Detroit, but they’re still a couple years off from being a problem and the Eagles improved on both sides of the ball this offseason. It may not be a blowout, but it won’t be a nail-biter. 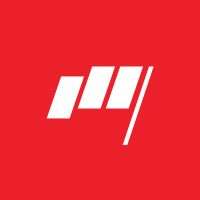